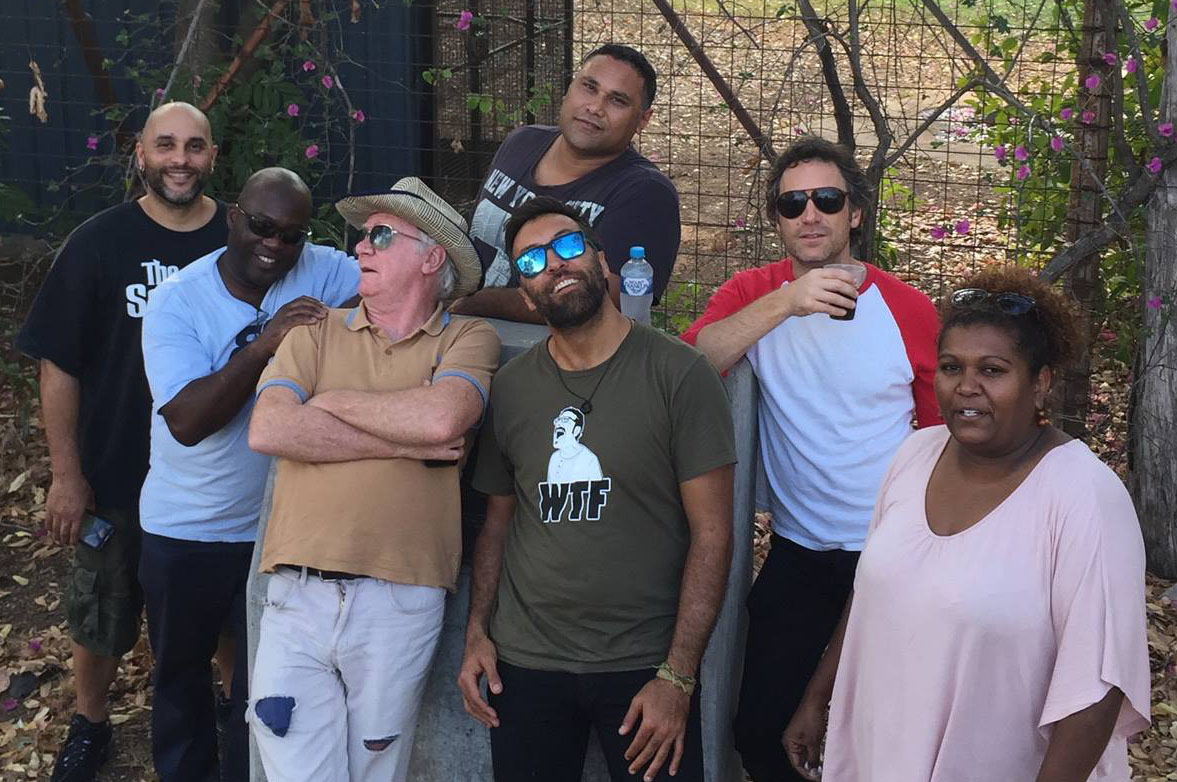 Declan Kelly and the Dieseln’Dub crew were recently honoured to be invited to headline the Mahbilil Festival in Jabiru, Arnhem Land in Australia’s far north. A community festival on the shores of Jabiru Lakeside, the event celebrates Kakadu culture with performance by local artists, this year featuring KK Band, Minjilang Konnection and Psycus Circus, as well as traditional dance, food and country atmosphere. For Declan it was a DnD highlight …”I was totally honoured to be invited let alone headline this great festival. In the heart of Kakadu, this is up there with one of the most unique festivals with its locations and focus on traditions of the custodians of the surrounding region extremely rich in culture and songlines.”

To top off the trip, Declan and three other band members Tony Hughes, Winston Stephenson and Jon Pease were then taken as guests deeper into Arnhem Land to be welcomed by the Maningrida community for a series of music workshops with the KK Band and local artists. Explains Declan …”Natalie Carey aka Valentina Brave is based up there and does work through Manigrida Arts Centre and The Wewa project. She brainstormed an idea a while back to somehow get some of Dieseln’Dub up country to share songs, stories and a chance for us to visit country. A massive feat from a colossal human, we are extremely grateful to be invited onto Gunay and Djapana country.”

The adventure had some very special highlights among important sharing of knowledge and story, as Declan puts it..”Definitely the biggest highlight was visiting pristine country at Jugalajaren and seeing ancient rock art. Hearing the stories and dreamtime of this country is what it is all about. Schools throughout Australia would totally benefit in making these connections to the traditional surrounding country they are based near. There is still such a divide between White Australia and its original inhabitants and that it is up to every individual to make this connection through education of tradition and culture and that language would be a huge step to bridge this gap. Introducing traditional language and dialects into a school’s curriculum is of utmost importance.”

From a personal perspective, the experience really resonated with Declan Kelly and his own cultural heritage…”Being of Maori Decent and paralleling Aotearoa and here in Australia, we get to see how far behind Australia is in making its traditional custodians priority in its importance. Our first Australians should be celebrated not only for being probably the most ancient, respectful and sophisticated land owners but also for surviving colonisation, massacres and great grief beyond belief. I wish for all future generations to honour and learn from this great culture.”

Sorry, the comment form is closed at this time.